Last month Ford Motor Company made headlines around the nation with its purchase of the Michigan Central Station. As the rehabilitation of the once abandoned, yet beloved building, is underway, talk has turned to what else the company has in store for its Corktown campus. Some of that speculation has been answered with the announcement today that Ford has created a new entity to run its autonomous vehicle operations from the Corktown campus in Detroit.

“Ford has made tremendous progress across the self driving value chain – from technology development to business model innovation to user experience,” said Jim Hackett, president and CEO, Ford, in a news release. “Now is the right time to consolidate our autonomous driving platform into one team to best position the business for the opportunities ahead.”

To be known as Ford Autonomous Vehicles LLC, the responsibilities will include: self-driving systems integration, autonomous vehicle (AV) research and advanced engineering, AV transportation-as-a-service network development, user experience, business strategy and business development teams. According to a statement, Ford expects to invest $4 billion in its AV efforts through 2023, including its $1 billion investment in Argo AI. 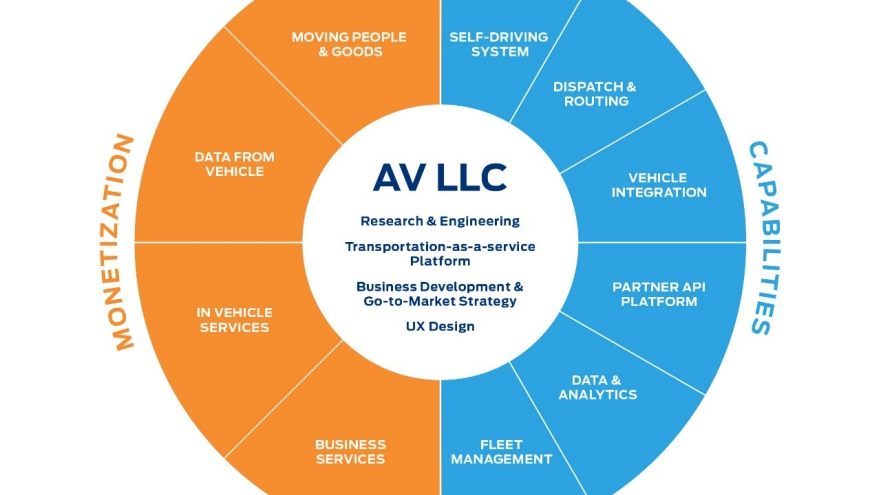 The move also includes some key organizational changes. Sherif Marakby, currently Ford vice president, Autonomous Vehicles and Electrification, has been appointed CEO of Ford Autonomous Vehicles LLC reporting to a board of directors chaired by Marcy Klevorn, Ford’s executive vice president and president, Mobility. The closer alignment of the self-driving platform and the mobility solutions teams is intended to allow faster development of businesses that can thrive in the pre- and post-autonomous vehicle worlds.

In addition, Ford is reorganizing its Global Operations division led by Executive Vice President Joe Hinrichs to include Information Technology as well as the company’s global order-to-delivery system, integrating the teams, technologies and processes from both across Ford’s production system. As a result, Jeff Lemmer, vice president and CIO, will report to Hinrichs.