What to expect at the new Detroit Auto Show

There is no question, the automotive industry has really changed in recent decades. New vehicle releases used to only take place in the fall, but now they can happen virtually any time. Gas-powered vehicles are rapidly on the path to extinction to make room for electric vehicles. Advancements in technology have changed everything from how we get directions to maintaining our rides. It only makes sense then, that the Detroit Auto Show should change too, and boy has it.

For starters, September, not January is Detroit Auto Show season. Industry Tech Days are September 14-15. The Charity Preview, affectionately known about town as Auto Prom, takes place on the 16. Then, the big show opens to the public, and runs from the 17-25. The other big change is that this year’s event takes place both inside and out, in a way no previous Detroit Auto Show has done. It aims to be a family adventure and mobility celebration that includes activations on land, water, and in the skies.

Attendees can explore nine days of new vehicle displays and exhibits at Huntington Place, Hart Plaza and throughout downtown Detroit. There will be ride-and-drives both indoors and outdoors, air mobility demonstrations, family-fun experiences, musical entertainment, auto enthusiast car clubs, and much more. Best of all, you’ll feel the vibe throughout the city.

Organizers say families can expect to experience a bit of the past, present and future. Although, admittedly, some of those moments are rooted in fiction. For example, the show will feature a lot of variety, from Fred Flintstone’s Flintmobile of yesteryear to the world’s first electric Monster Truck of today. Fans may even catch a glimpse of the flying vehicles of tomorrow. 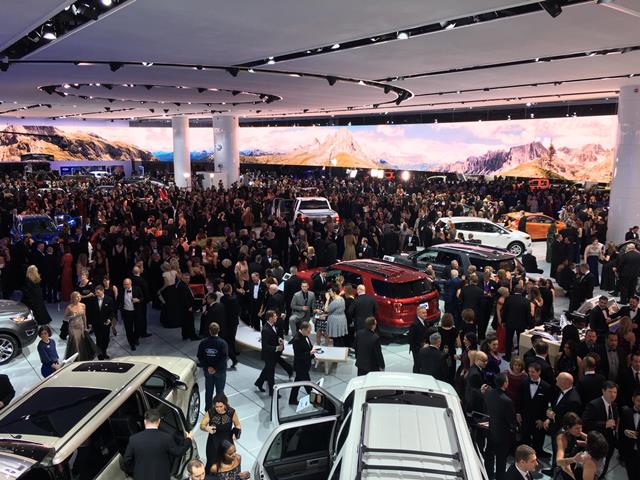 Families will love this opportunity to travel back in time to the Mesozoic Era for a Jurassic walk-thru experience. This year’s Detroit Auto Show features a collection of more than 80 massive, life-like and life-size dinosaurs. Expect to see a T-Rex, Velociraptor and Stegosaurus, just to name a few. It’s the perfect backdrop to the rugged off-road SUVs and trucks on display in that area, and throughout the show. This attraction will be in a ballroom at Huntington Place.

It will also feature interactive and educational activities, including Story Time, hands-on crafts and fossil digs, in addition to an animatronic Dinosaur Band and realistic dinosaur babies and dinosaurs roaming throughout. Plus, Fred Flintstone’s original car, built by George Barris for the Universal Studios 1994 feature motion picture The Flintstones, will be displayed in the area as well.

Experience is the name of the game both inside and out, during the 2022 Detroit Auto Show. Visitors will have an opportunity to comparison shop hundreds of vehicles and even experience some rides. There will be active tracks inside the Huntington Place convention center. While inside, attendees can also climb high with Camp Jeep and Bronco Mountain, as well as experience the F-150 Lightning and Ram Truck ride activations.

Outside, the fun continues, and it takes to the streets. Jump into the driver’s seat, and take a Volkswagen or Chevrolet for a spin on a street course. You can even ride-and-drive along a portion of the 2023 Chevrolet Detroit Grand Prix downtown circuit. 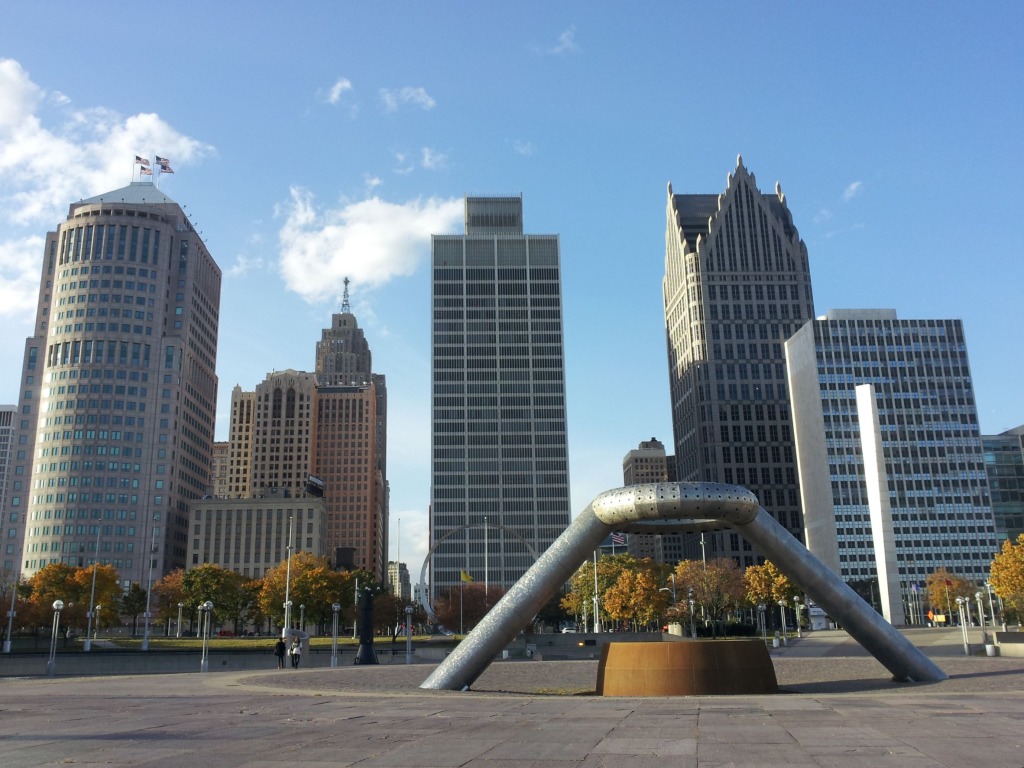 Head to Hart Plaza and see it like you’ve never seen it before. There, you’ll find Monster Truck Car Crush Exhibitions by Bigfoot #20, Sinistar, and Raminator. Bigfoot #20 is the world’s first battery-powered Monster Truck. The plaza will also host Freestyle Motocross performances. It will also be home to other world-renowned Monsters on display. That includes Bigfoot #1, the original Monster Truck that started the worldwide phenomenon. Showtime, Michigan’s iconic “Motor City Monster,” that fans may remember from events at Cobo Hall and the Silverdome in the 1980s, will also be there.

Monster trucks and Motocross won’t be all you’ll find at Hart Plaza. The “World’s Largest Rubber Duck” will be on display there too. That lovable waterfowl is 61 feet high and weighs in at over 30,000 pounds. It’ll be a really fun place for selfies and family photos. Plus, rumor has it that Jeep will show up with some surprises in conjunction with its social movement of “ducking” other Jeep owners (#duckduckjeep).

Ticketed auto show visitors will be able to experience luxury gaming in a unique 26-foot climate-controlled, theater-style arcade on wheels that will be also be located in Hart Plaza. Founded by local Detroiters Tyrell Slappey, Terrance Crowell and Markita Richardson, Round One Gaming Lab is a mobile gaming arcade featuring five 50-inch televisions, equipped with PlayStation, Xbox and Nintendo Switch, in addition to hundreds of games from which to choose.

Don’t forget to look up while downtown. This new addition will be bringing science fiction to reality over the skies of Detroit and Windsor. From electric vertical take-off and landing aircraft to amphibious sport planes to hoverboards and jet suits, show visitors will get a taste of the future, today. Flight demonstrations will take place outside, along the riverfront, on Saturday and Sunday, Sept. 17-18. Additionally, air mobility displays and experiences will be featured inside Huntington Place throughout the duration of the show.

Cars will still be the stars, but this is definitely not your grandpa’s Detroit Auto Show.  Tickets are on sale now. They may be also purchased the day of the show at ticket booths located in Huntington Place concourse or in Hart Plaza.