Fall means a lot of wonderful things in Michigan, not the least of which is a great influx of fresh, crisp apples.  Home to over 14.9 million apple trees, the state ranks third in the U.S. (behind only Washington & New York) for apple production. Apples are in fact, Michigan’s most valuable fruit crop.

You can bake with them, toss some in a salad, or grab one to eat on the go. Different varieties are well-suited to different purposes. Some are better as juice, other as cider. Many are now being used to create hard ciders across the state. Eating and drinking Michigan apples is a tasty  way to contribute to our state’s economy. With an increasingly wide variety, there’s something for nearly everyone.  Here are some fun facts followed by a quiz to test your apple knowledge. 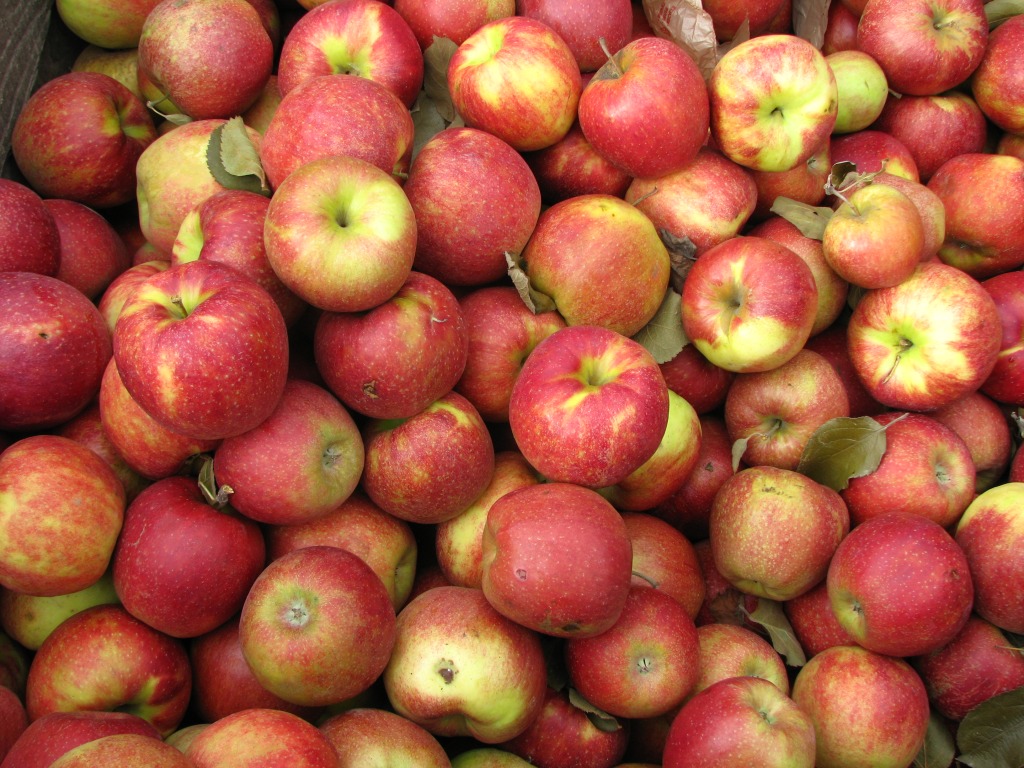 Read the descriptions below and name the variety to test your apple knowledge. Answers can be found after the quiz.

Check the answer key below the picture test your apple knowledge.

Each of these bags contain a peck of apples, which is a quarter of a bushel, or roughly 10-12 pounds of fruit.