Walking through 300 years of history at The Henry Ford

July is the month that we, as a nation, celebrate our birthday and our history. Though Independence Day is usually known for family, cookouts and fireworks, we must always remember the history behind the holiday. One Michigan man, Henry Ford, was often thinking and learning about our nation’s past and he collected many items to help preserve this history, all on his property near Detroit.

Henry Ford is known for many things. He was considered a captain of industry, a business magnate and he founded the Ford Motor Company. He sponsored and perfected the practice of the assembly line used in the mass production of goods. Ford didn’t invent the automobile or the assembly line, rather he used his ideas to develop the first automobile that many middle-class Americans could afford. He was known for providing inexpensive goods while maintaining a high wage for his workers and was committed to lowering costs for everyone. This led to many innovations, both technically and in the business field. Ford quickly became one of the richest and most well-known people in the world. He is also the man to thank for the five-day work week as opposed to the six to seven days per week previously worked in many factories. The Ford Motor Company introduced this well-liked practice in 1926. Cheers for the weekend!

Henry Ford was born and raised in Dearborn, and that is one of the cities he continues to be associated with today. Ford did spend a brief time in nearby Detroit as an apprentice machinist before returning home to work on the family farm.  He studied bookkeeping while working at home as well. In 1891, 28-year-old Henry became an engineer with the Edison Illuminating Company in Detroit and began devoting attention to his experiments, especially those with gasoline engines.  This led to many other discoveries and inventions that he is known for today.

Ford loved to learn, and was all about education. He especially loved learning about American history. Because of this love, Ford wanted to preserve items of historical interest for others to enjoy, so he began collecting historical memorabilia as well as historic homes and machinery for a museum. He had begun collecting these items as far back as 1906. 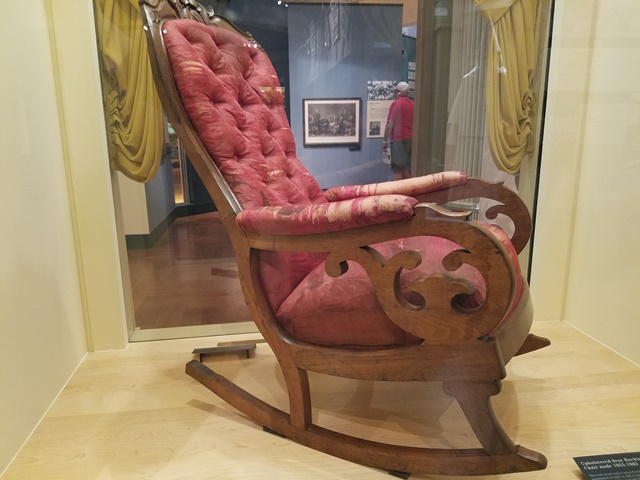 This museum is now known as the Henry Ford Museum of American Innovation. Neighboring Greenfield Village began as a private site for educational purposes, known as the Edison Institute. It was named after Ford’s friend and well-known inventor, Thomas Edison. Because of public interest, both sites quickly opened to the general public. Today, the museum and village are home to 12 acres of antique machinery, pop culture items, locomotives, aircraft and automobiles including an Oscar Mayer Weinermobile. Also of interest at the museum are George Washington’s camp bed, the rocking chair from Ford’s Theater in which Abraham Lincoln was sitting when he was shot, and the bus Rosa Parks rode when she famously took a seat. These museums are a history nerd’s dream.

Greenfield Village is adjacent to the museum and is located outside. It was the first outdoor living history museum and served as a model to many others of its kind. Nearly 100 historical buildings were moved to the property from their original location. Many of these buildings are staffed by costumed interpreters to show how Americans lived and worked from as far back as when our country was first founded.

Two of these buildings were purchased by Ford on July 3, 1836. Ford was happy to add the Wright Brothers Shop and their Dayton, Ohio home to his collection. Orville and Wilbur Wright were aviation pioneers who are credited with building and flying the world’s first successful airplane. Before the brothers took to the sky, however, they rented, built, and sold bikes. They used these skills and ideas to support their aviation experiments. The two buildings were relocated from Dayton and placed right next to one another, though they had been blocks away from each other in Ohio.

A third building in Greenfield Village was dedicated to his friend, the Peanut Man, George Washington Carver. He is known for developing around 300 uses for peanuts including milk, plastics, paints, dyes, cosmetics, medical oils, soap, ink, and wood stains. He also discovered 118 uses for sweet potatoes, including molasses, postage stamp glue, flour, vinegar and synthetic rubber. Carver and Ford became friends because of their mutual interests, especially in the field of chemurgy (the study of agricultural products in industry). The two men first met in 1937 when Carver and his assistant, Austin Curtis, were asked to speak at a meeting in Dearborn for the Farm Chemurgic Council. Carver toured Greenfield Village and was later invited to address the students at the Edison Institute Schools. Ford decided to have a building dedicated to Carver and all of his accomplishments. Builders began work in July of 1942 on a building that resembled the slave cabin that Carver had been born in back in 1864 Missouri.

Henry Ford not only loved learning about and preserving history, he made it. He should be remembered for so much more than just his innovation and inventions, like the opportunities he gave to others to explore, invent and innovate. This July, when we celebrate the birth of our nation, remember all those men and women, both civilian and military, who helped make our country what it is today and remember those who continue to work today to protect us.