The 19th century was marked by transportation advancements in and around the Great Lakes, and an unprecedented increase in population. At the start of the century there were less than 5,000 documented residents in the Michigan territory. A hundred years later, the state would be home to a remarkable 2.5 million inhabitants.

The completion in 1825 of the Erie Canal, connecting Lake Erie with the Hudson River, was an economic game-changer for Michigan. The waterway provided not only an easier way to relocate to the state, but also gave businesses access to valuable markets in the East.

The lack of roads also had to be addressed before any large-scale settlement of the Michigan territory was possible though. In 1816 the territorial government had launched a project to build a road northward from Detroit, but the road was inadequate, and by 1822 had reached only as far as Pontiac. The first road westward was a military road, designed to connect Detroit with Fort Dearborn. It followed the Old Sauk Trail and is the approximate route of what is now US 12. It ran westward from Detroit to Ypsilanti, then veered to the southwest, and continued through the southernmost tier of Michigan counties. By 1835 two stagecoaches a week operated between Detroit and Fort Dearborn.

Trails branched off from major roads, allowing access to more remote destinations. Along primary roads, taverns and outposts were built, and towns sprang up. By the end of the 1820s, with the relinquishment of Indian claims to the lands in southern Michigan, and more and more roads, settlers poured into and across the lower third of Michigan’s southern peninsula.

The northern peninsula was not yet part of the territory, and until it was, Michigan would not become a state. It took two years for the territory to become a state because of a dispute with Ohio over Toledo. Both areas claimed the city. Michigan’s future was forever changed when local leaders finally gave up Toledo in exchange for a large part of the Upper Peninsula. It is a move most modern Michigan residents adore, and one that enabled Michigan to be admitted to the Union as the 26th state in 1837. The natural resources of the Upper Peninsula would contribute greatly to the commerce that followed.

The 1830s also brought railroads to Michigan. By the end of the century, there were around 9,000 route miles, well over double the current amount. The expansion of rail enabled products and people to be transported, not only across the state, but across the nation, expanding commerce. Distribution was further enhanced with the opening of the Soo Locks in 1855, enabling ships to travel between Lake Superior and the lower Great Lakes.

While the economics of the region were hinged on providing furs to Parisians and Londoners in the previous century, the focus was now on building a nation. Michigan would play a significant role. 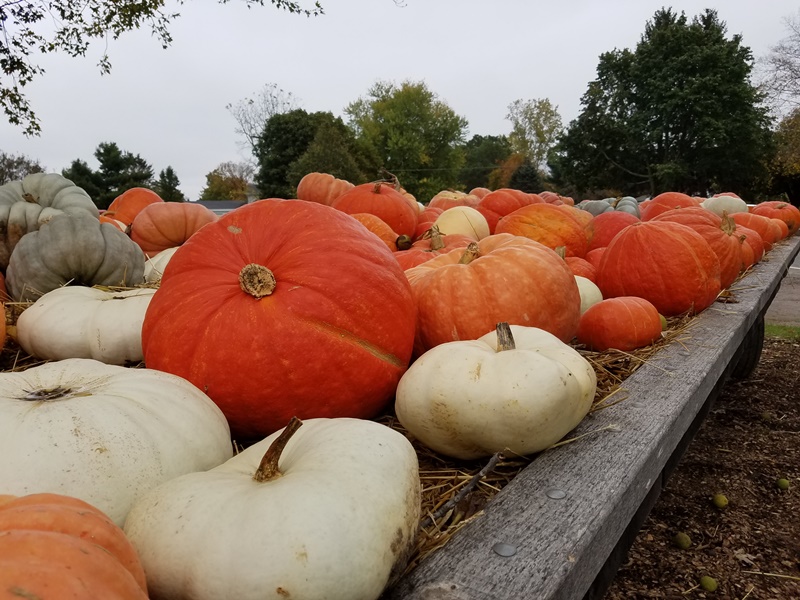 Agriculture
An abundance of water and varieties of soil left behind by the glaciers made Michigan fertile ground for farming, but up to this point, the farmers were mostly supplying food for their families and neighbors. With newly available transportation options and an influx of people, agriculture exploded as an industry in the 1800s, and it remains a critical component of the state’s economy to this day. The opening of the Erie Canal made it possible to ship grain and wool east, providing a new market for agricultural commodities. Food and beverage production also began to play a significant role. By the mid-century, mills were popping up around the state to process grain. Taverns and restaurants were in need of food to serve. Breweries were increasingly common in towns from south to north and east to west, and railways made it possible to sustainably ship their products.

Copper
Native Americans had mined the copper of Lake Superior and the Keweenaw Peninsula for centuries to produce tools. After statehood, European settlers began to explore geological possibilities as well. In 1839 Douglass Houghton was appointed as the first state geologist of Michigan. He reported on the Upper Peninsula copper deposits in 1841, which quickly began a rush of prospectors. The first successful copper mine, the Cliff mine, began operations in 1845, and many others quickly followed. Copper mining in the Upper Peninsula boomed, and from then until 1887 Michigan was the nation’s leading producer of copper. In most years from 1850 through 1881, Michigan’s Copper Country produced more than three-quarters of the nation’s supply.

Iron
Just as the supply of copper began to dwindle, a new metal took center stage in the north. Richard Langford, a trapper and hunter, claimed to have seen red ore outcropping from the roots of an overturned tree south of the present city of Bessemer around 1880. He presented samples of ore to Captain N. D. Moore who formed a mining company and began extensive exploratory work, and eventually opened the Colby Mine. Meanwhile, in 1882, iron was discovered near Wakefield by George A. Fay, which led to the Sunday Lake Mine. During that same year, A. L. Norrie began exploring land which was later known as the Norrie Mine in the city of Ironwood. More mines soon followed.

The first mine to go into production was the Colby. In 1884 it shipped 1,022 tons of ore in railroad flat cars to Milwaukee. By 1890 more than thirty mines had shipped ore. For decades in the late 19th century and into the 1920s, the Upper Peninsula was one of the nation’s chief sources of iron.

Lumber
The pioneer settlers of the 1820s found a land covered by forests so dense they believed the supply of timber to be inexhaustible. Significant commercial lumbering began in the 1830s with the appearance of the first sawmills. The Saginaw Valley was the leading lumbering area between 1840 and 1860, when the number of mills in operation throughout the state doubled. By the 1870’s there were over 400 sawmills and 800 logging camps in the Lower Peninsula, mostly in the pine region which extended from the Saginaw valley and the Muskegon area north to the Straits of Mackinac. The peak of Michigan’s great timber harvest was reached in 1889-1890 when mills cut a total of 5.5 billion board feet of lumber, mostly pine. That is 10 times our present annual production of all species.

Consequently, the state became the leading lumber-producer in the nation, a position it held for a quarter of a century prior to 1900. Grand Rapids became a major lumbering center, with logs floated down the Grand River to be milled and then shipped out via the Great Lakes. The biproduct was the start of a new industry. By the end of the century, it was established as the premier furniture-manufacturing city of the United States. After an impressive appearance at the Centennial Exposition in Philadelphia, Grand Rapids earned the nickname Furniture City.

While somewhat short-lived, the wealth produced from the grand lumbering era was largely responsible for the financial and industrial rise of the state that followed.