In many ways the 21st century in Michigan has been driven by a need to recover, revitalize, and reinvent. At the start of the millennium the state was plagued with many challenges brought on by the negative biproducts of the industrial era like an aging infrastructure and water pollutants.

The nation struggled with an epic financial crisis. It began in 2007 with the subprime mortgage market, and by 2008 had developed into a full-blown international banking disaster. Excessive risk-taking by banks helped to magnify the financial impact globally. Considering these organizations to be too big to allow them to fail, the federal government jumped in with financial assistance and new fiscal policies in order to prevent a possible collapse of the global financial system. Despite the steps taken, an economic downturn was unavoidable, and the country plunged into a deep recession.

Michigan was among the states hardest hit, due to its dominant automotive industry, which was already facing its own demons like increasing foreign competition, rising labor costs, and Americans growing weary of dependence on foreign oil after to back to back wars in the Middle East. Add the slow sales of a devastated economy on top of that, and experts feared the industry would topple. In late 2008, the Big Three CEOs, along with the president of the UAW, testified before members of Congress to request a financial bailout similar to that received by the financial industry before them. Both GM and Chrysler were teetering on the brink of bankruptcy, and Ford needed support in order to continue to compete if the others were backed.

Federal aid came in the form of an $80.7 billion bailout, but Chrysler and GM were still both forced into filing Chapter 11 bankruptcy. The damage to the state was significant. Unemployment rose to 14.4% and the population dropped for the first time in Michigan’s history. Decimated by unemployment rates that had risen to over 28% and by a drastically reduced tax base, the City of Detroit filed for Chapter 9 bankruptcy on July 18, 2013. It was the largest municipal bankruptcy filing in U.S. history.

While the economic hurdles at the start of the 21st century were significant, the changes they spurred have been as well. Detroit emerged from bankruptcy to see unprecedented corporate and entrepreneurial investment. The automotive companies are on stronger footing, and perhaps more importantly, are not such a singular driving force behind the state’s economy. Colleges and universities have adapted programs to create a stronger entrepreneurial funnel and to teach to the jobs available in emergent sectors. Similarly, government agencies now offer programs to retrain laid off workers with skills appropriate to those new jobs. The fields making the strongest economic impact in the state today, are expected to be sustainable or grow exponentially in the decades to come.

Agribusiness
From the native tribes hundreds of years ago to fourth-generation farming families today, the fertile soil and water access of the state has made agriculture-related jobs a key component of the economic survival of its people. Today, fueled in part by state-of-the-art research from the nation’s first land grant college, Michigan State University, farmers are able to adapt to the changing demands of the market. There are now over 300 commodities grown or raised in Michigan, including the recent expansion of barley crops to support the success of the craft brewing industry. Michigan is home to approximately 2,200 licensed food processors, many of whom base their success on access to these homegrown commodities. 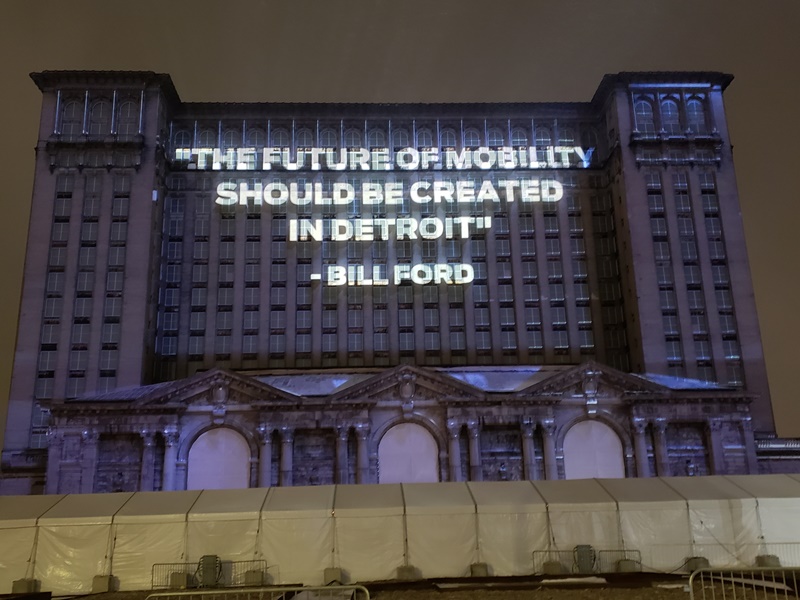 Advanced Manufacturing
One out of every five vehicles is still assembled in Michigan, and more than eighty global auto suppliers have their North American headquarters or tech centers within the state. One of the reasons is talent, since the highest concentration of electrical and mechanical engineers is in Michigan. It’s also home to two lightweight materials manufacturing U.S.A. institutes. Additionally, there is a strong effort underway to employ advanced manufacturing technology to the production of a wide range of products including solar panels, wind turbines, defense equipment, boats, furniture, and even apparel.

Mobility
Michigan put the world on wheels and as those vehicles become autonomous and connected, the state is poised to lead in the whole mobility sector. In 2013, Michigan became one of the first states in the nation to pass legislation for driverless vehicles. The University of Michigan has established Mcity, a unique urban mobility test facility, and M-Air, a drone testing lab. The Michigan Department of Transportation is working to complete more than 350 miles of connected freeway infrastructure. In 2018 the 500-acre American Center for Mobility (ACM) opened at Willow Run, and Ford announced its commitment to a new mobility campus in the former Michigan Central Station in Detroit’s Corktown neighborhood.

Aerospace
The world-renowned consulting firm of PricewaterhouseCoopers has identified Michigan as one of the top ten states in the field of aerospace. In fact, there are more than 600 aerospace-related companies located in the Great Lakes State. Companies like SkySpecs, which develops autonomous drone technology; Kalitta Air, a cargo airline headquartered in Ypsilanti, and Enstrom, a maker of premium helicopters for the commercial and private markets. There is even an effort afoot to create a launch site in Northern Michigan for low-orbit satellites and hypersonic technology research.

Technology
As the state has worked to redefine itself for an economy of the future, strong emphasis has been placed on the creation and recruitment of tech businesses, and university educational systems to support them. Homegrown tech companies include Ambassador, Compuware, Duo Security, Gentex, Liquid Web, Nuwave Technology, Open Systems Technologies, OpTech, Quikly, and US Signal, just to name a few. Pulled by the pool of talent available and R&D in the region, Cisco, Facebook, Google, LinkedIn, Nexient, and many of the other top technology companies in the world now have a presence in Michigan as well.

Tourism
The current Pure Michigan campaign was launched regionally in 2006 and then nationally in 2010. The campaign had instant success and has won several national awards related to advertising and tourism marketing. Forbes even rated it one of the top 10 all-time best travel campaigns. According to the Michigan Economic Development Corporation, visitation to the state has been on a relatively steady rise since the campaign’s inception, as has visitor spending. The agency estimates that six percent of all Michigan jobs are now tied directly to tourism.