January 27, 1967 started just like any other day for most Americans. There was much excitement through the nation as three men prepared for another mission in space. The three astronauts knew that in a month, their mission could make history. Unfortunately, they did make history, but were not able to enjoy their fame or accolades. Grand Rapids, Michigan native, Roger B. Chaffee was one of those immortalized men.

Roger B. Chaffee was born on February 15, 1935. His interest in space exploration began at a young age when his father, a former barnstorming pilot, took him on his first flight. The two soon began building model airplanes, furthering Chaffee’s love of air travels. Growing up, Chaffee thrived as a Boy Scout, earning badges at a younger age than was common. Through the Scouts and many family camping trips, Roger became quite passionate about the outdoors.

After a notable high school academic career, Roger Chaffee turned down a possible appointment to the US Naval Academy. He accepted a scholarship for the National Reserves Officer Training Corps and enrolled in the Illinois Institute of Technology. He retained his passion for flying, and demonstrated his skills in science and engineering.

In 1954 at age 19, Roger transferred to Purdue University to attend the aeronautical engineering program. He worked through college and joined two engineering honors societies. He also took flying lessons and was sponsored to become a naval aviator. Chaffee earned his Bachelor of Science degree in Aeronautical Engineering in 1957 and married Martha Louise Horn later that year.

After college, Chaffee completed Navy training and attended flight school. He was posted to the Naval Air Station in Kingsville, Texas and was given a variety of assignments. He was transferred to Jacksonville, Florida after he earned his naval aviator wings in early 1959. His first project was an A3D turin engine ject photo reconnaissance squadrons. Between April 4, 1960 and October 25,1962, he flew 82 missions over Cuba during the missile crisis. For his bravery, he was awarded the Air Medal. He undertook aircraft carrier training and worked on his masters degree. During his Navy service, he logged more than 2,300 hours of flying. In his personal life, he became a father to Sheryl and Stephen. By February 1,1966, he was promoted to lieutenant commander. 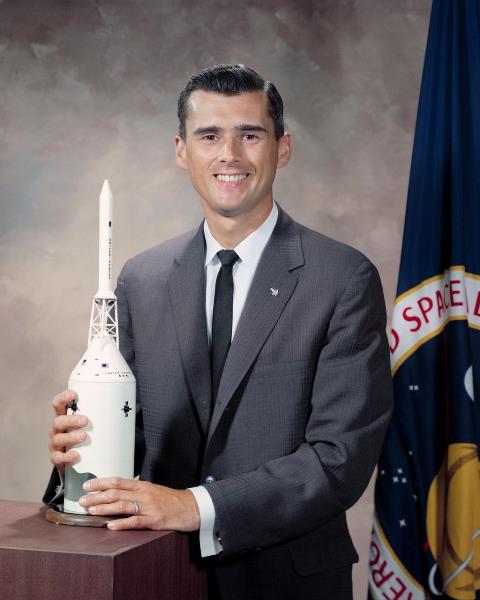 In the middle of 1862, Roger Chaffee took the steps that would drastically affect his legacy. He was accepted into the initial pool of 1,800 applicants to become a NASA Astronaut. In January of 1963, he entered the US Air Force Institute of Technology to work on his Masters of Science degree in Reliability Engineering. He learned that he was finally chosen for NASA on October 14, 1963, after returning home from a hunting trip. He went through three rounds of training and he focused on Deep Space Instrumental Facility with a specialty in communications.

Roger Chaffee served as a capsule communicator in March of 1965 for the Gemini 3 Project. He did not get a seat on a Gemini mission, but was assigned to work on the Apollo program. In what would turn out to be an unfortunate twist of fate, he received his first spaceflight assignment in iJanuary 1966. He replaced injured astronaut Donn F. Eisele on the Apollo 1 crew, to serve alongside Command Pilot Virgil ‘Gus’ Grissom and Senior Pilot Ed White. He was 31 years old, and was set to become the youngest man to go into space. The Apollo 1 mission was designed to test the spacecraft systems, as well as ground tracking and control facilities. The astronauts were said to have had many concerns about the safety of the spacecraft, but NASA pressed forward.

On January 27, 1967, the three-man crew was participating in a ‘plugs-out’ countdown demonstration test at Cape Kennedy. They were getting ready for their launch, which was planned to be on February 21. A momentary power surge was detected, and it is believed that it resulted in an electrical short in the equipment. A fire ignited. The astronauts were unable to perform their emergency roles due to the intensity of the fire and the cabin pressure. Roger Chaffee lost consciousness and died of asphyxia due to the toxic gasses in the cabin. By the time the firefighters were able to open the hatch, the fire had extinguished itself.

Roger B. Chaffee and Gus Grissom were buried in Arlington National Cemetery in Washington D.C., and many tributes followed. The far side of the moon is home to what is known as the Chaffee Crater, and his hometown of Grand Rapids has the Roger B. Chaffee Planetarium, Roger B. Chaffee Memorial Blvd, and a Kent Intermediate School District scholarship is offered annually in his name. Grand Rapids also has a statue of him in front of the Grand Rapids Children’s museum. There is also a Chaffee Hall at Purdue University, his alma mater. He was awarded the Congressional Space Medal of Honor and was inducted into the International Space Hall of Fame and the US Astronaut Hall of Fame, all after his death.

As a result of the tragedy, the Apollo missions were halted. The features of the capsule and the spacesuits of the astronauts underwent designs for better safety. If only it didn’t take disaster and the lives of three men for NASA to realize these new safety precautions to be put in place.

Roger B. Chaffee was a brilliant man and an American hero. A memorial plaque at Cape Canaveral says it best: “They gave their lives in service to their country in the ongoing exploration of humankind’s final frontier. Remember them not for how they died but for those ideals for which they lived. In memory of those who made the ultimate sacrifice so others could reach for the stars. Ad astra per aspera (a rough road leads to the stars). Godspeed to the crew of Apollo 1.”